Interview with the italian champion Francesca Bagnoli sponsored by DUOTONE Kiteboarding and national representative for the ASSOCIAZIONE KITESURF ITALIANA, exclusively for Kitesurfing.it

The kitesurf freestyle world tour, organised by World Kiteboarding Championships, is finally started after a long break. The first event took place from the 4 to 9 september in Turkey, at Akyaka spot.

What does the italian champion, Francesca Bagnoli, think  about the WKC which almost didn’t run this year?

“It is a matter of great satisfaction because even in Italy the kitesurf freestyle is dying, there are almost no more women competing. Having a world tour allows me to be motivated and keep going training to reach my goals.”

The best 24 men and 12 women are in the competition. Italy is represented by the couple Bagnoli – Coccoluto.

What are the objectives of  italians in the competition?

“I aimed to do the best possible performace because I went through some difficult months full of work. We did a demo tour for Duotone Kiteboarding, we went in 30 differents places in 30 days, so I could’nt train a lot.Get a bronze medal in Turkey it was a great satisfation to me. My goal is to recofirm at least my third place in the next two events.”.

How and where did you train to get those results?

“We spent the summer in Sicily even if we had to work a lot, so we were not completely ready for the competition. But Siciliy is where we live, at the “Stagnone”, an amazing spot always windy with a flat water, just right for freestylers”. 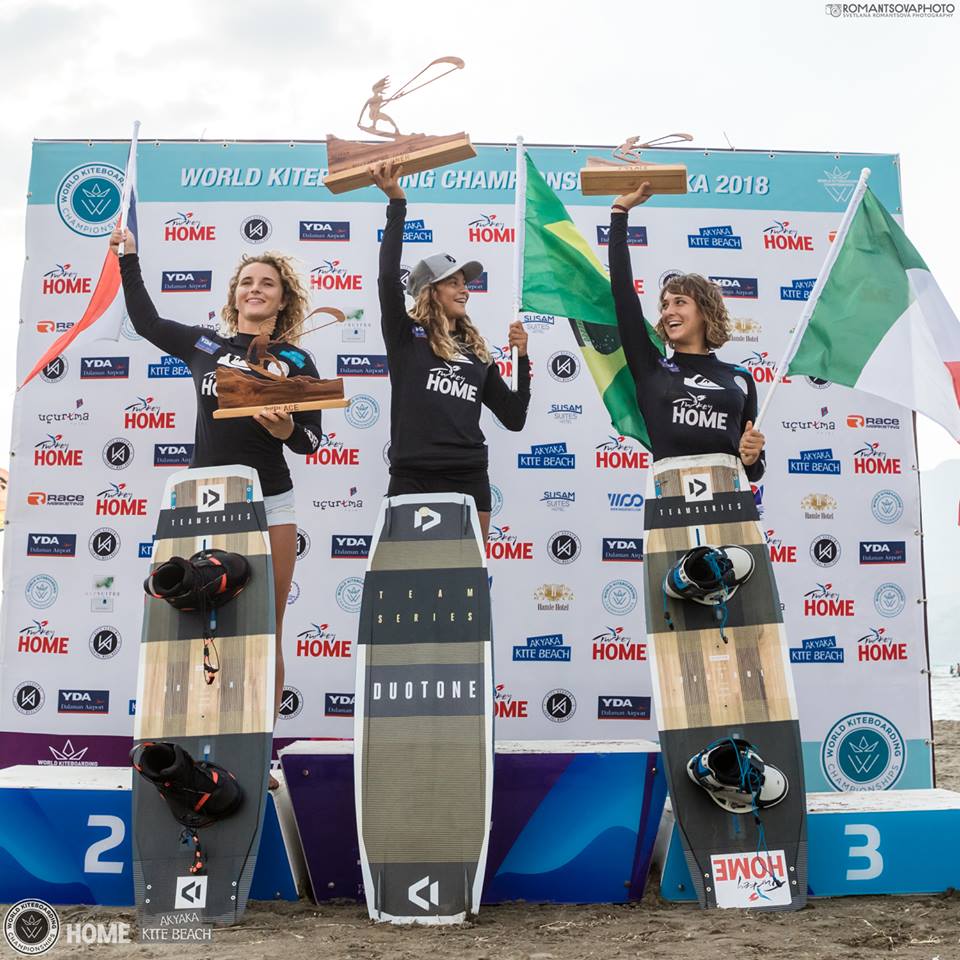 How do you feel during the heats?

“During any heat I have a strange feeling, positive and negative thoughts fight together, adrenaline and fear, I feel a bit of everything”.

Let’s speak about the competition!

Both the Italians had a good start and they won their heat. Francesca Bagnoli get the better of the Spanish Claudia León ans she went directly into the semifinal, while Gianmaria Coccolutogot the first place in a tough battle against the Spanish Cloetens and the French Guillbert. 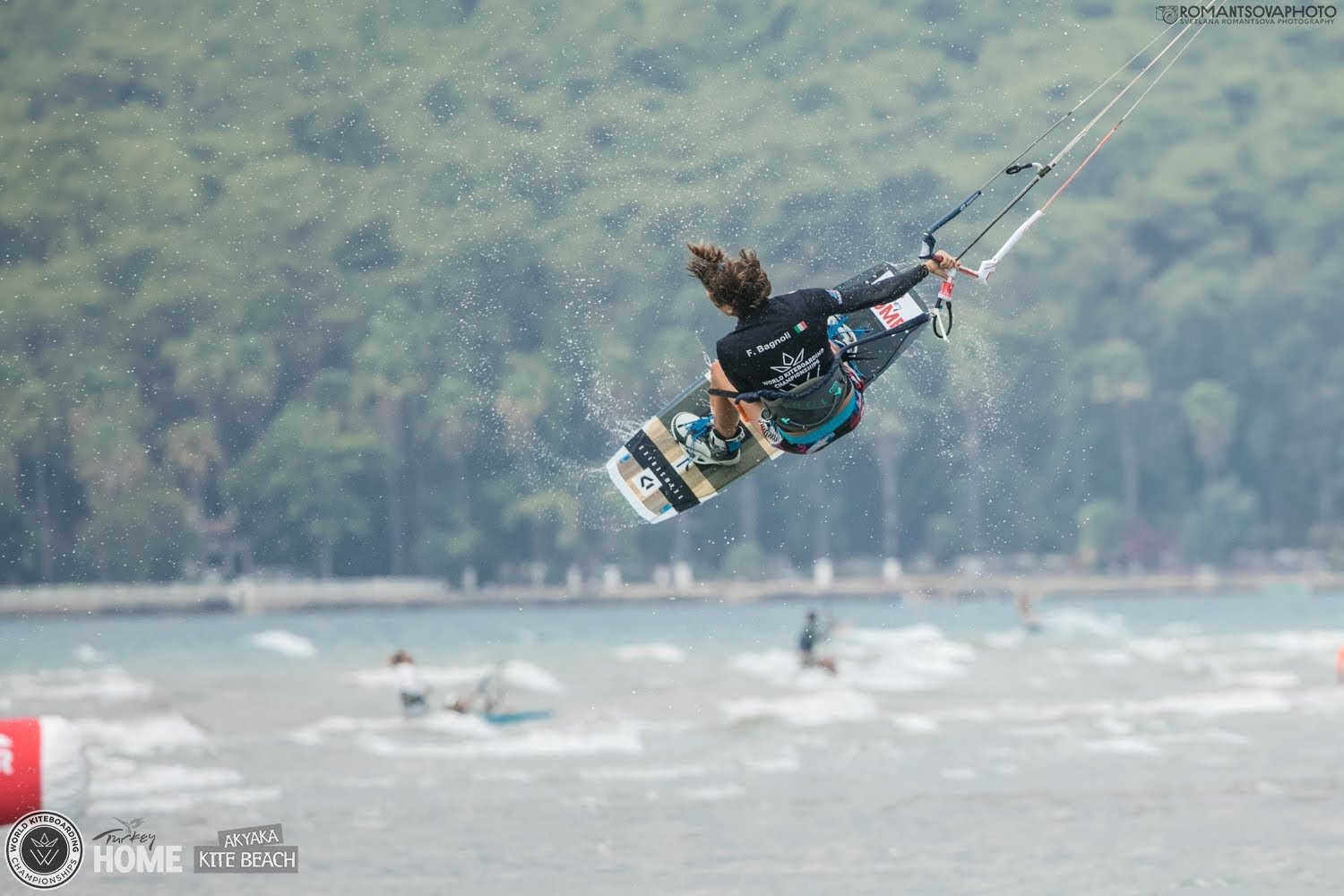 In the third round Gianmaria had to surrender against the Brazilian Teixeira and the Austrian Spiessberger. They managed to obtain a good score at the very last trick.

It was fare better for Francesca who risked it all landing an amazing HM (Hiterberger mobe) and eventually got in to the final having a better core than the French Maureen Castelle.

The destiny of both the athletes has been decided at the very last second. A last trick that provoked excitement and happiness on one side, and a bit of disappointement on the other side.

The women final has been dominated by the new young Brazilian talent Mikaili Sol who landed some tricks never seen before in the women category.

Both the girls pushed their limits at most. At the seven and last trick Francesca Bagnoli had the silver medal in the bag. Unfortunately her friend and rival Paula realized one of her best trick obliging Francesca to take the third place of the podium.

“It’s not nice to lose at the last trick but in a competition everything is possible an you have to know that the heat isn’t finish until the bell ring”, said the italian champion.

What do you need to do to do not lose your third place and aim to the top step of the podium?

“I would like to learn the double handle pass, I want to do it at least once in my life”, told me Francesca smiling.

Aside from the end result, what do you think about the event?

“The event was a success. We had qualified judges, live streaming and an amazig atmosphere among all the riders. The level of the competition is insane in both category and I need to keep going on training to be at the top of the ranking”.

A big thumbs up to our champions and I wish them the best in Dakhla on 3 november for the next event. 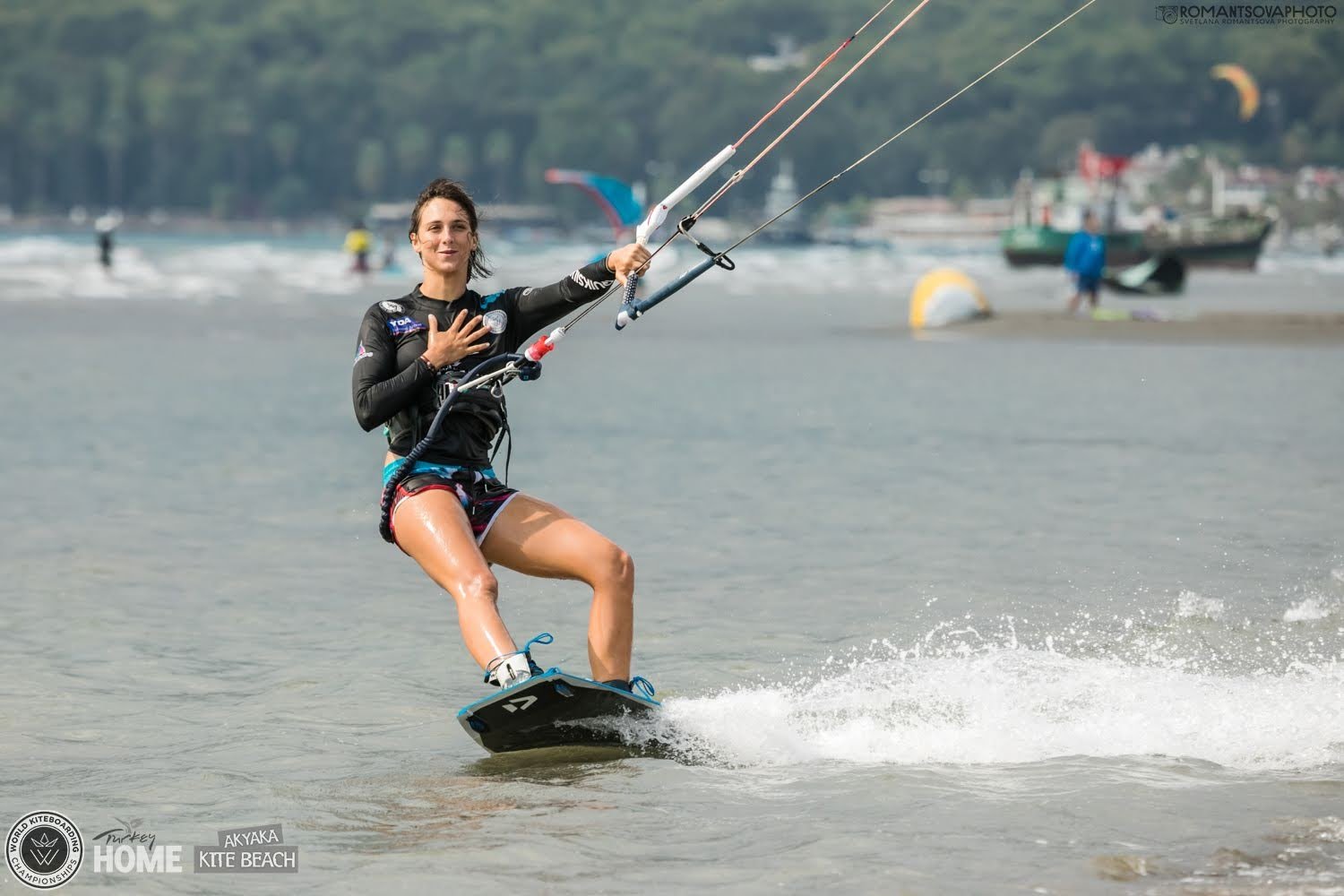 A big thanks to Francesca Bagnoli for her willingness, to the World Kiteboarding Championships to allow me to use its pictures!

All the pictures are from the photographer Svetlana Romantsova. 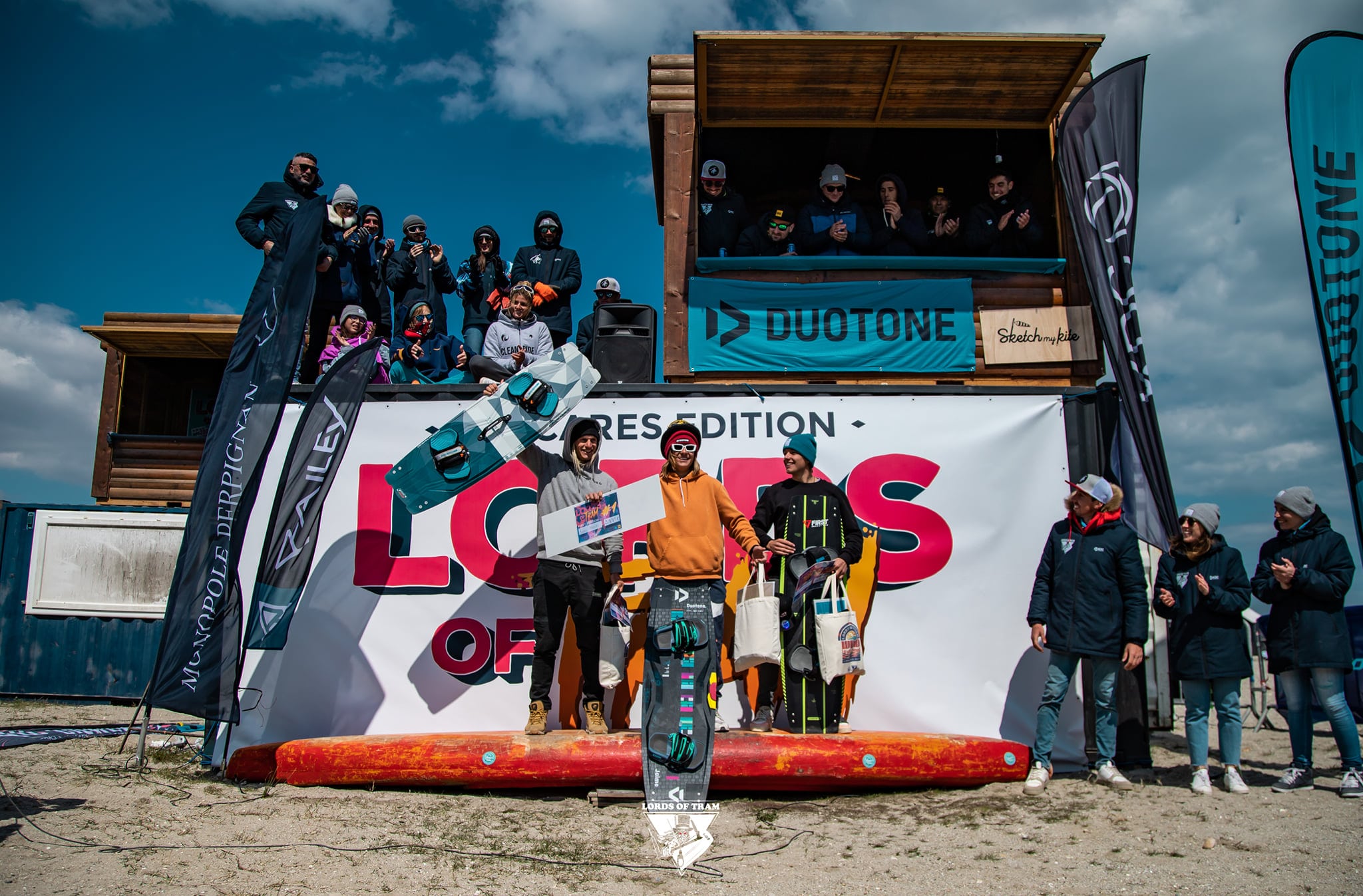 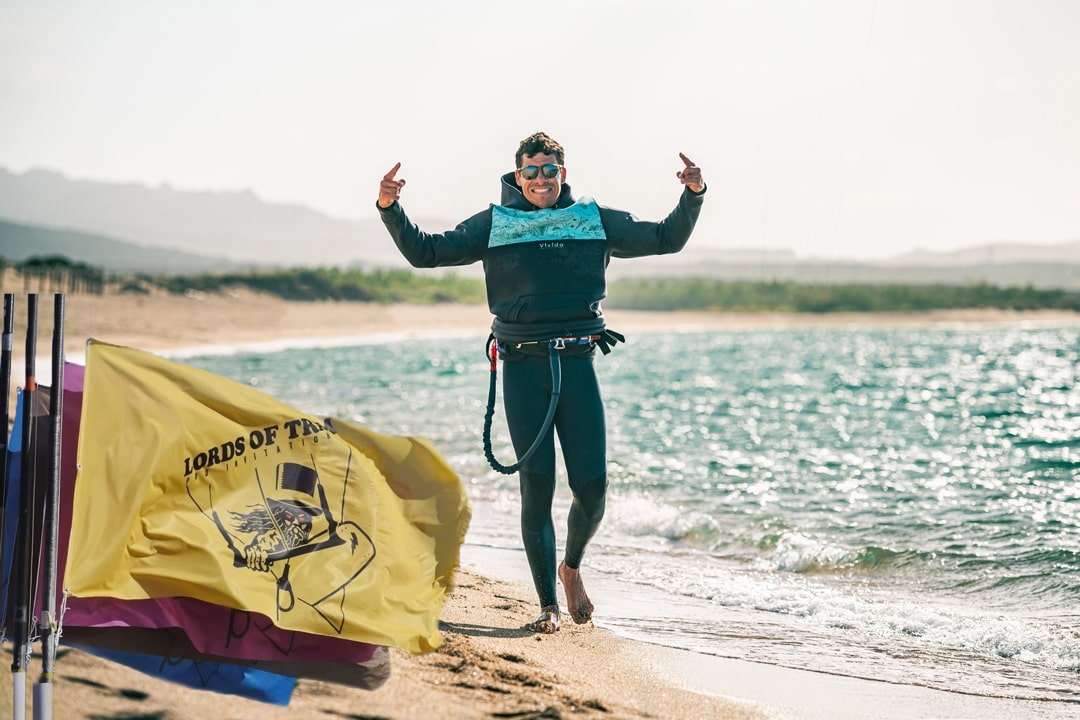 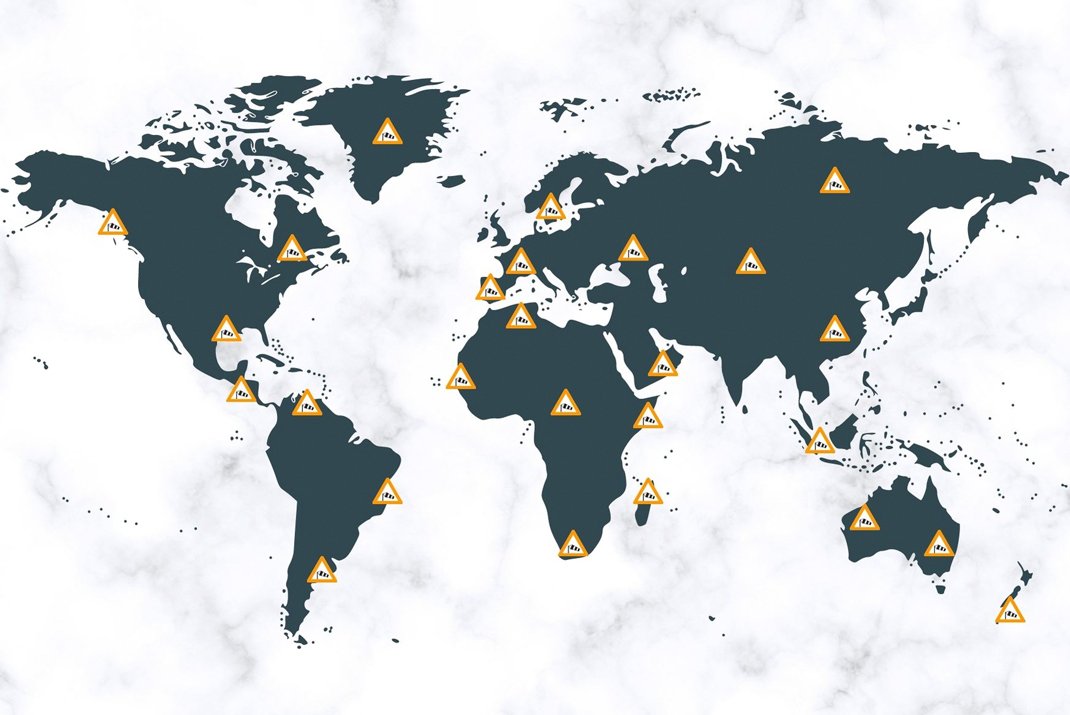 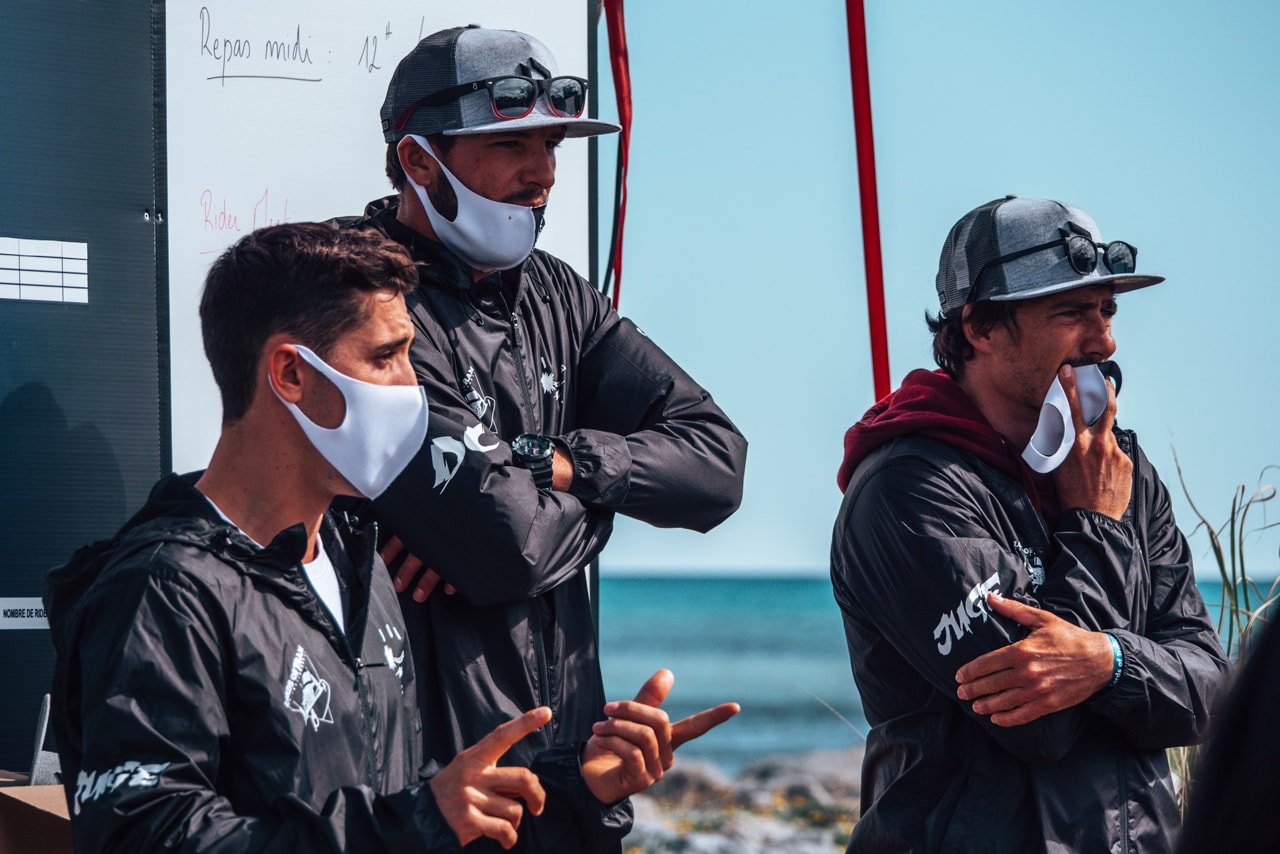 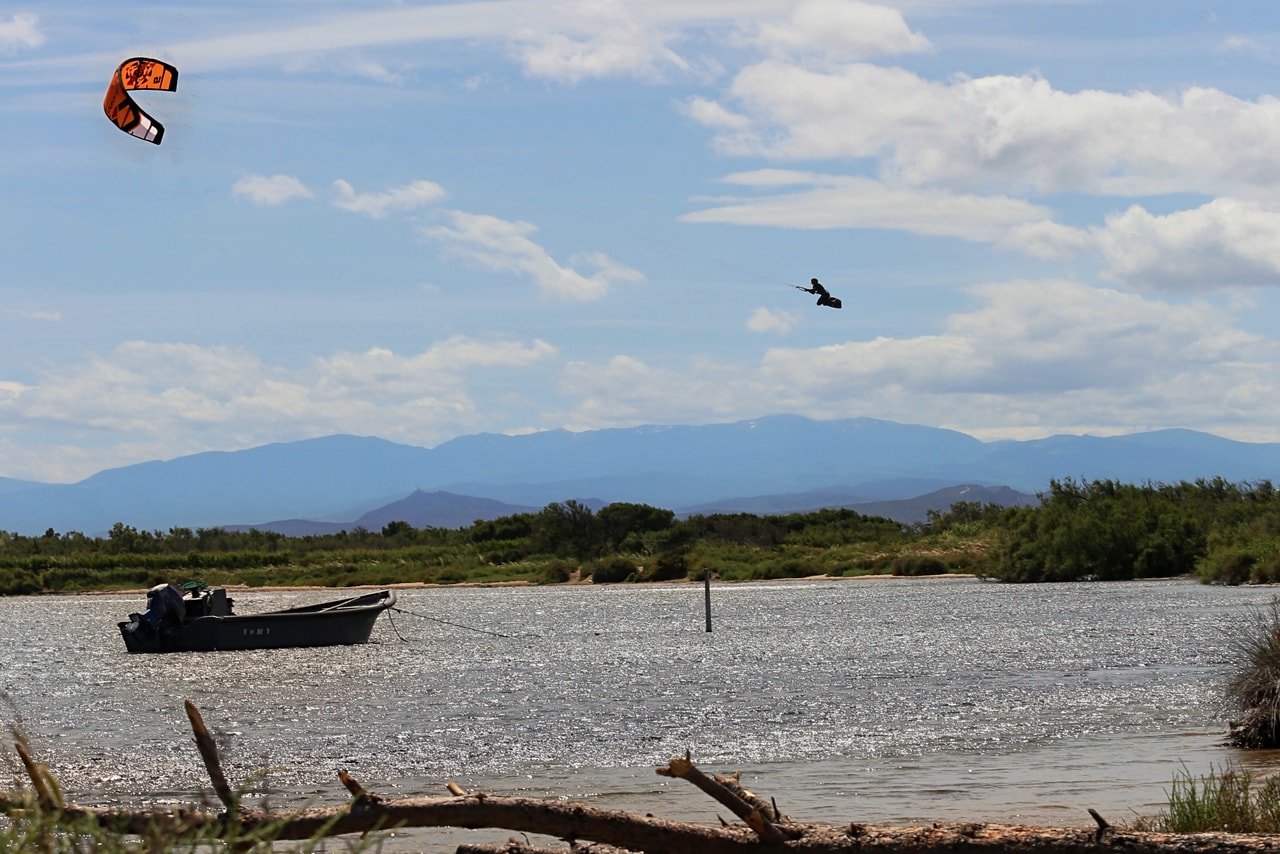 IS KITURFING A DANGEROUS SPORT?