Interview with the italian champion Francesca Bagnoli sponsored by DUOTONE Kiteboarding and national representative for the ASSOCIAZIONE KITESURF ITALIANA, exclusively for Kitesurfing.it

After an excellent start of the season in Akyaka, Turkey, Francesca did not disappoint the expectations and proved to be in great shape in the next two stages, in Morocco and Brazil, to confirm the podium and even beat his teammate Paula Novotná, climbing to second place in the world rankings.

Francesca had already proved her worth last year, but this year she confirmed her incredible constancy and great technical quality, skills that allowed her to reach the podium in all the events of this year’s World Kitebording Championships.

To learn more about the WKC, I recommend you read this post.

Better than her only Mikaili Sol, the rising star of Brazilian freestyle kitesurfing, a very young girl who has an impressive level. Mikaili showed such technique and power that she deserved to win the title. Only Fracesca, during the event in Dakhla, was able to concern her by performing some high quotient maneuvers in an impeccable way, closing second to only 0.01 cents difference. 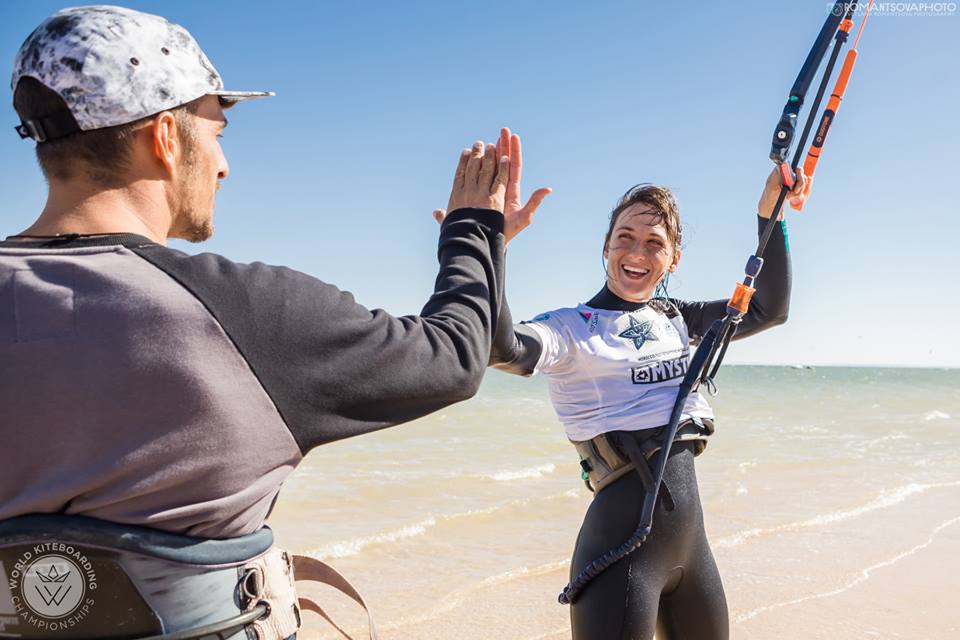 Francesca has carved out an honourable place to herself among the best female in the world in kitesurf freestyle’s discipline. Her battle for second place with her partner and rival, Paula Novotná, was captivating and exciting. The two riders arrived at the last event, in Brazil, with equal points and faced each other in the semifinals, where Francesca prevailed.

Her constancy, her ability to make very few mistakes and the skill to land difficult manoeuvres even in the worst conditions are what make the difference. Her quality pushes the rivals to risk more, forcing them to make mistakes. 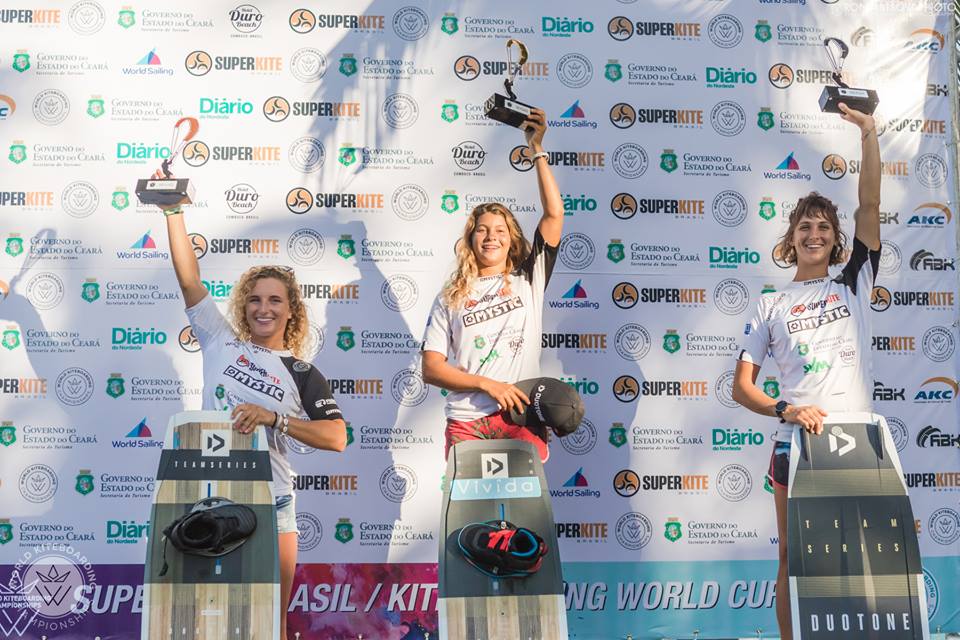 I interviewed for you the Italian champion to learn more about the emotions she experienced during this year, and her future plans.

Francesca you wished to keep on the podium after Akyaka. Not only you did succeed, but you achieved the second place, how do you feel?

“I’m definitely over-satisfied, especially since this year I didn’t have time to train as I wanted: I had to do a lot of shooting and go around the Duotone with the demo tour. Nevertheless, I’m happy because I’ve seen some progress compared to last year when I was third, and this year I managed to climb a step. I’m really happy and I think the result is also due to the fact that I have a little more competition experience than last year.

So now I would like to train a lot to decrease the gap between the first and the second, that’s it, and to be able to get close to Mika“, adds Francesca smiling. 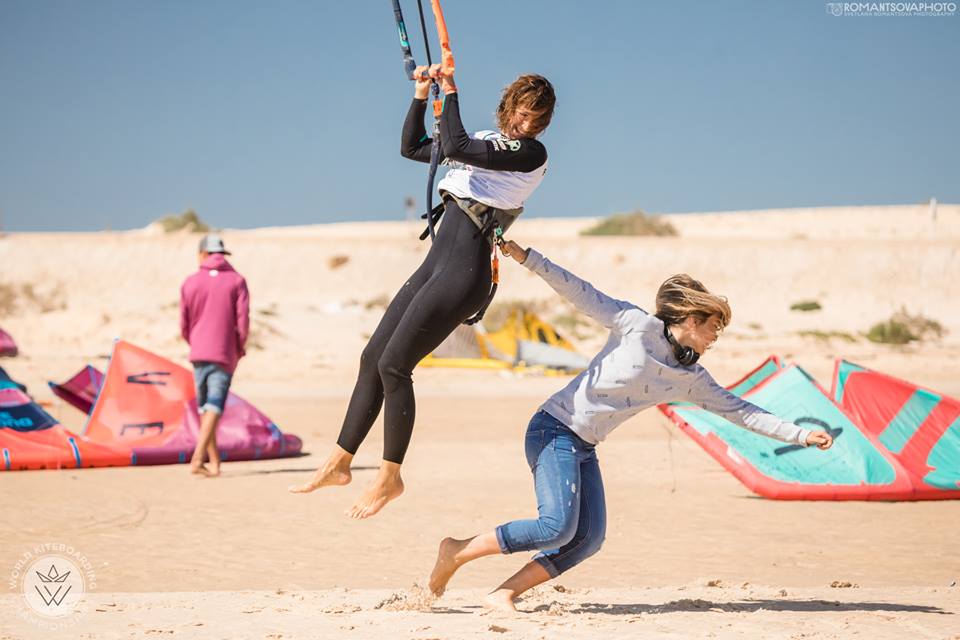 How did you live the second-place fight with your friend and team mate Paula Novotná?

“It spurred me on to give the best of myself. Especially in Brazil when I found myself in the semifinals with Paula and Mikaili that I had always faced in the final during the other two stages of the WKC, I just thought I wanted to give my all. And nothing, it worked“, confided Francesca happily.

What’s your secret weapon, the best trick you perform at critical moments?

“I think that the trick that saved me the most this year is the HM (hinteberger mobe), which is the same trick that in Dakhla took me from the third to the second position and far from the first of only 0.01 hundredths of a point. So I would say that this is the manoeuvre that saves me in the most difficult moments“. 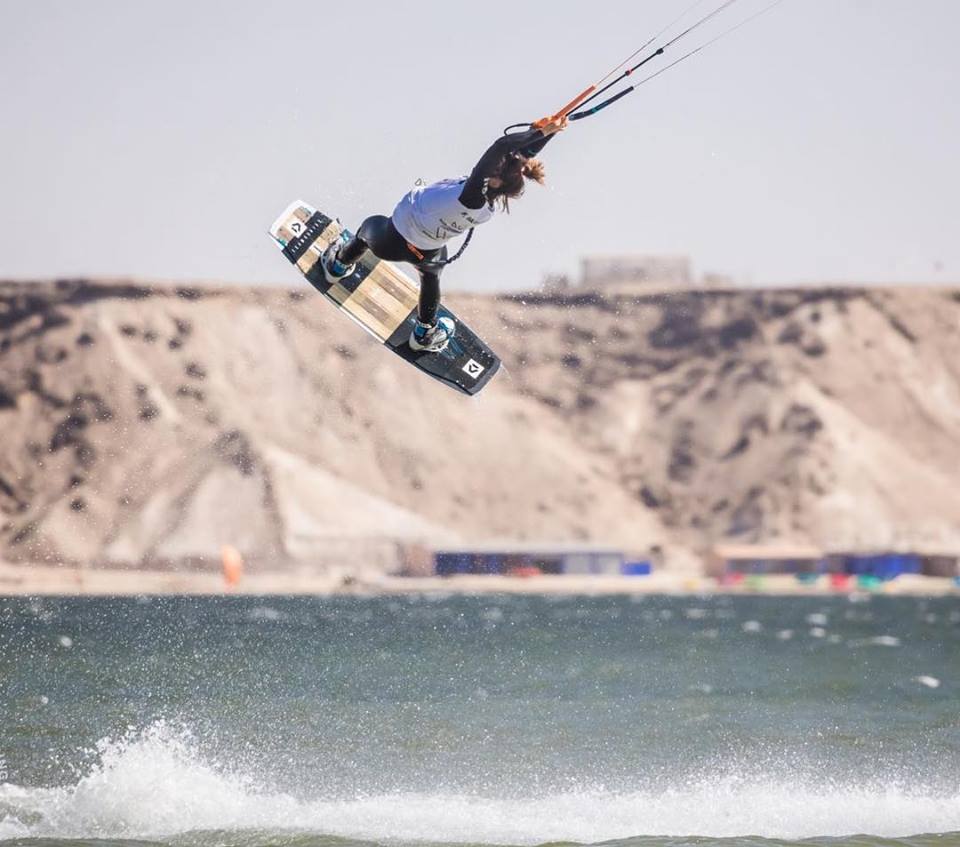 After this impressive result, are we going to see you compete next year?

“Sure, yes, definitely, 100%. I like to compete a lot also because it motivates me, I immediately understand what I have to work on, what tricks I have to improve. In all my life, I’ve always practiced sports at a professional level and so I’m quite used to it, so I’m sure you’ll see me again competing next year“.

Now that the year is coming to an end, what are your plans, vacation or return to work to give Mikaili a hard time next year?

“On December 16th I come back to Italy, on December 17th I go on holiday with my brother to Fuerte, I surf with him, who is very good, and then I will spend Christmas at home with my family. I’m looking forward to it because I haven’t celebrated it at home in six/seven years. So a month off home until the end of January and then in February I will go to Australia to train and be ready for the following year“. 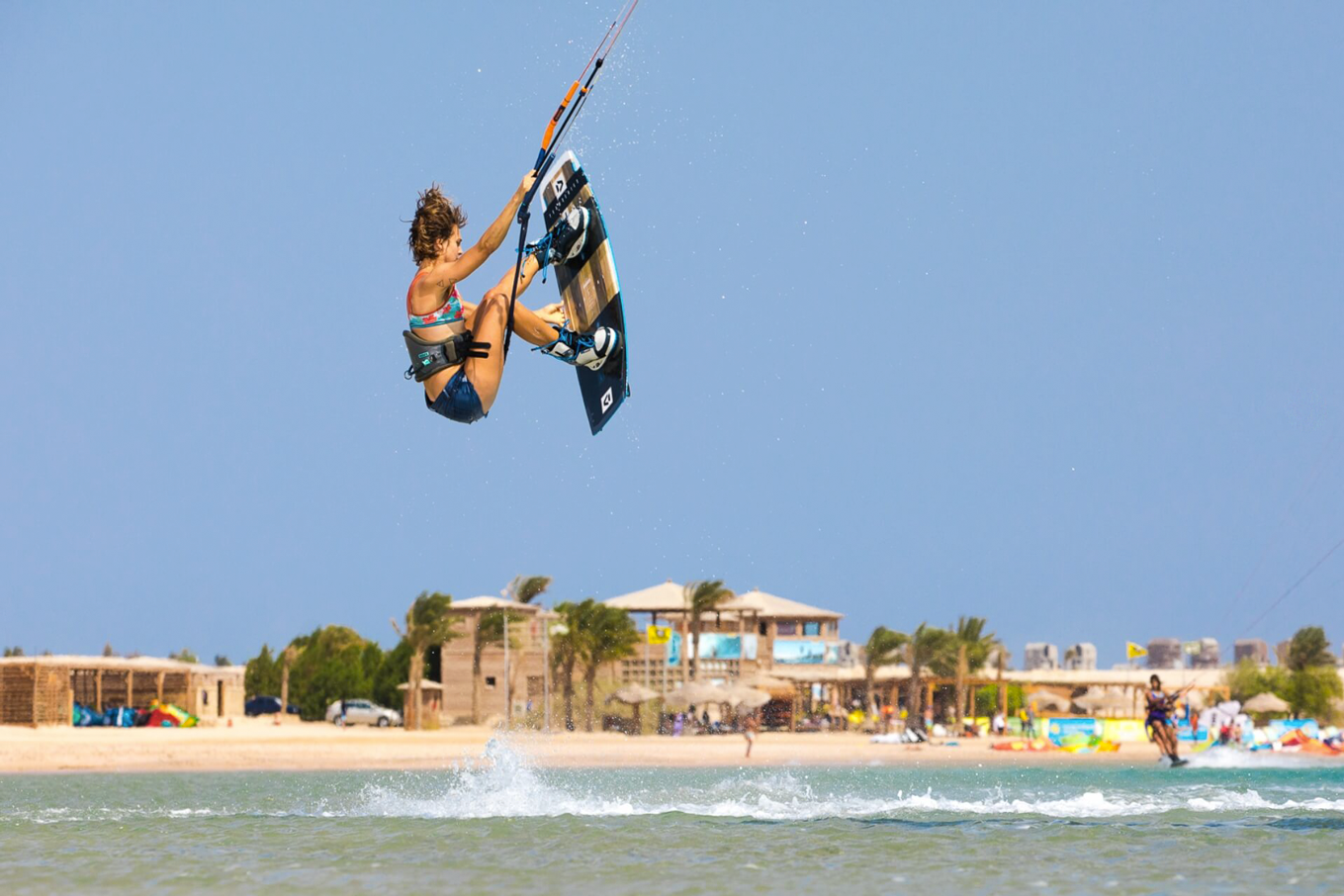 “A special thanks to my sponsors, Duotone kiteboarding, Ion and nf sport, to Gianmaria and to my MUM and DAD”.

A special thanks to Francesca Bagnoli !

All photos belong to Francesca, the World Kiteboaridng Championships and the Duotone kiteboarding!

What's in your mind? Cancel reply

Thanks to trust us and welcome to Triderland !